Hexed in Texas, Book 1 of the Baba Yaga Chronicles

A Russian witch steps through her magic mirror. The heir of a voodoo queen makes more conventional travel plans. But why are they headed for Texas?

Once upon a time (a year ago, if you’re a stickler for details), chaotic magic leaking from Alamo excavations triggered an improbable event, drawing the attention of two unlikely rivals in search of a rare prize.

The Russian witch Baba Yaga and her two sisters have been around since--she can’t even remember when. She normally stays at home in her chicken-legged hut, grumpily aiding those who come to her for help.

M. C. Laveau, the CEO of Laveau Pharmaceuticals, merchandizes products that exploit the voodoo magic of her grandmother Marie (yes, that Marie).

Unfortunate bystander Rachel Vargas is caught between the dueling rivals as the bizarre effects of the magic become increasingly drastic: something’s gotta give.

Book 1 of the Baba Yaga Chronicles, in which Baba Yaga and two her sisters clash with modernity, leading to unforeseen, alarming, and comical results. 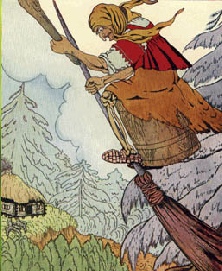 Baba Yaga, Bony Leg, is one  of  the most  famous  characters  in Russian folklore and one of my favorites. She (or they: there are often three Baba Yagas in a story) is a complicated and ambiguous figure, more than a witch: sometimes helpful  and sometimes a tooth-sharpening and voracious hostess. Arthur Ransome’s Old Peter’s Russian Tales (see the picture on the right) describes her as “a terrible only woman . . . But sometimes kind enough.” read more 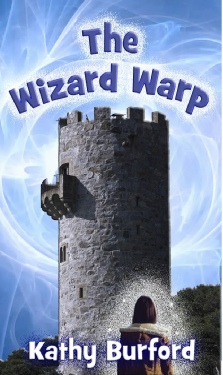 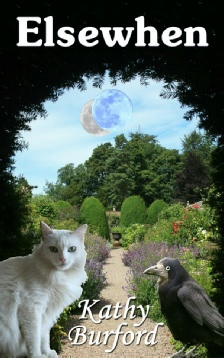 “An interesting fantasy world with great characters . . . look for a twist near the end.” Amazon Customer * * * * *

What would you do if you found yourself inside a computer role-playing game--and the landscape and rules were constantly changing?

Expert gamer Ruth and novice Jesse are warped into a patchwork world composed of imported bits of computer role-playing games, creating a hodgepodge of ever-changing rules.Back in Chicago an eccentric mage and a baffled thief take their places. How can this be happening?

Intermittent storms centered on a mysterious island in the middle of a dark lake may hold the answer. Ruth and Jesse must discover what the storms mean--and how to get back to Chicago!

An alternate world of magic merging with our own technological world: what could possibly go wrong?

Kayla finds a magic stone and is whisked off to Elsewhen, a land of magic that needs saving--fast. Technology and magic are merging, bringing Elsewhen dangerously close to When (our world). Three sisters rule the strange land. Morath is grumpy and stingy with information. Merope is frivolous and dangerous. And Mir is nowhere to be found. Kayla didn’t ask to be drafted to solve the mystery behind the changes.

Can she find the answers in time to save both worlds?

The Magic of Oz by L. Frank Baum read review

Sign up for my free monthly
Fantasy Fun Newsletter
for reviews, news, and special offers.

Amazing Humorous Fantasies That You May
Have Missed 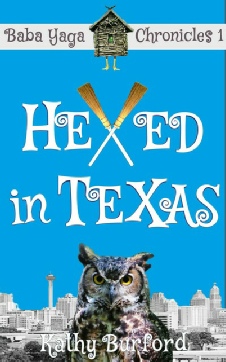 FREE with Prime until Dec 1